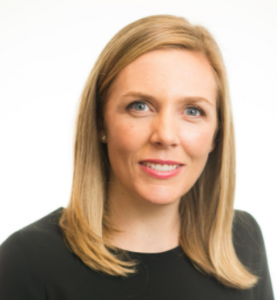 What is infrastructure? It’s a hotly debated topic down in Washington, D.C. this year and one that’s been batted around the ZenFi Networks virtual conference table. When ZenFi Networks was founded in 2014, we started with a vision that the old fiber networks weren’t built to support the densification and ultra-densification of wireless networks. It wasn’t just that the existing fiber networks needed to become more accessible and robust, it was also that the enablement of wireless networks required something beyond fiber: a digital infrastructure ecosystem. To support an evolving, centralized and ultimately cloud radio access network (C-RAN), companies needed to build a converged network of fiber, data centers and towers. Today, this converged theme is well understood and accepted, and now seven years from our beginnings, it’s time to take it one step further.

With the advancements in Wi-Fi and emergence of CBRS, there’s a new evolution underway – a virtual infrastructure evolution. Ten years from now, digital infrastructure providers won’t simply be building fiber, data centers, and towers — they’ll be deploying and operating neutral radios and leveraging shared spectrum to create a virtual overlay network on top of physical assets. Shared radio spectrum is the infrastructure of the future.

What is Virtual Infrastructure?

Virtual infrastructure is shared radio spectrum leveraged by an underlying digital infrastructure provider that creates wireless networking on top of which others build value added network services. It’s the evolution of the C-RAN infrastructure where the underlying core elements of fiber optic networks, wireless siting, and network edge colocation extend to a neutral radio.

We’ve seen a convergence thematic play out over the past 10 years within our industry. To enable 5G networks, fiber players, tower operators, data center operators, and software providers needed to come together to create an end-to-end mobile infrastructure in support of a centralized or cloud radio access network (C-RAN). In this environment, infrastructure providers must create a Network of Neighborhood Networks, at the center of which sits a network edge colocation facility with fronthaul fiber reaching out to wireless sites, where remote radio heads or small cells live. In this ecosystem, the network edge colocation facility is analogous to ground space on a traditional tower. The fronthaul fiber is analogous to steel in the air, and the vertical stubs (building facades, light poles, street furniture) are the Radio Access Device (RAD) centers in the air.

If you’re in the mobile infrastructure space, you don’t just build towers, small cells, or fiber —you build all of these elements. You pull together each of these pieces of the puzzle as an intermediary, deploying a turn-key solution to the carriers.

The next evolution of the tower is through a shared radio. In the horizontal tower, instead of building a 200-foot co-locatable tower in the air, providers build 20,000-foot towers that span cities. That tower can be further extended by sharing the radio that sits at the vertical stub at the end of the tower. Traditionally, the wireless site will collocate two or three traditional mobile network operators, but now the site can collocate tens to hundreds of customers on the shared radio. 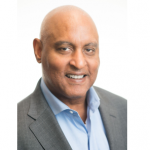 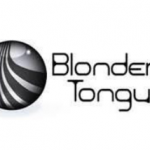