Mr. Douglas Fishman, who has led SQUAN’s DAS engineering division for the past 6 years, is a wireless industry veteran who is widely-respected for his DAS expertise. Mr. Fishman was a DAS consultant for 8 years prior to joining SQUAN, and has worked as an RF Manager for AT&T and held various positions with software and hardware vendors in the industry. He has worked on multiple DAS projects, including a number of commercial and residential properties in the NYC area, the Jacob Javits Convention Center, the World Trade Center and Dover International Speedway. Because of his DAS knowledge, he has been a panelist at numerous industry shows, including NEDAS (March 2013 – NYC, October 2013 and October 2014 – DC, April 2014 and March 2015, 2016 and 2017 – NYC), the Pennsylvania Wireless Association (November 2013) and the Broadband Communities Summit (April 2013). Mr. Fishman is a certified project management professional (PMP), and holds engineering degrees from Lehigh University and Stevens Institute of Technology. 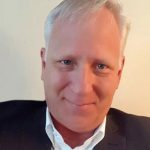 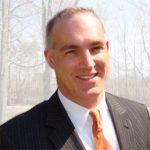