Ray Preston Hild is an accomplished senior management, business development and strategic partnership professional with decades of experience in the wireless industry. He has co-authored many industry white papers, spoken at a variety of industry conferences, and served on a diverse set of wireless committees for major industry associations. Some committee initiatives have included: unified communications, private LTE, public safety, enterprise wireless systems, smart buildings, cybersecurity and network densification. He has advised on, and been engaged in, many major wireless builds for government, healthcare, hospitality, higher education, public venue and enterprise markets.

Ray has held leadership positions with several prominent corporations over the years. Those include Sprint-Nextel, Corning, Galtronics and JMA Wireless. He is honored to have won several awards for service and performance. Some are: 14-time President’s Council awardee, The CEO Award, Public Sector Distinguished Service Award, recognition award from the IACP from the Superintendent of the Maryland State Police, the New York State Police and the Director of the Division of State and Provincial Police, and the 9-11 FBI Service Award from the Washington DC Field Office and lastly OEM of the Year Award in 2018 from a major national distributor.

He is well known as a wireless industry thought leader, speaker and panelist. He has been highly engaged with associations such as: CTIA, NEDAS, WIA, HetNet Forum, WIA Technology Roundtable, the Safer Buildings Coalition, Dense Networks and Connected Cities. Ray has served on many working groups that focus on important industry topics and technology innovations. Ray is currently the Chairperson of the Advancement Committee at the Safer Buildings Coalition, NEDAS Advisory Board Member, Managing Director of Dense Networks, and Advisory Board Member at E-9 Corporation. 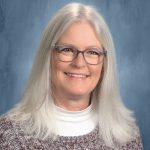