Maureen Hopkins is a licensed attorney and manages the siting and wireless advocacy team for Tilson and SQF, LLC. Maureen has 15-years of experience in the telecommunications industry managing large-scale infrastructure deployments and navigating the complex regulatory framework around siting wireless telecommunication facilities. Maureen specializes in forming collaborative relationships between carriers, utilities and government entities and creating a legal framework between the parties to site wireless infrastructure in the right-of-way.

Since joining Tilson in 2013 Maureen has negotiated dozens of utility pole attachment, right-of-way use and franchise agreements, and has helped draft model ordinances and state legislation. As part of several large small cell and DAS deployments Maureen has actively overseen the municipal engagement and approval process for small cells and DAS nodes located in the public right-of-way nationally. Maureen holds a master’s degree from The George Washington University and a Juris Doctor from the University of Maine School Of Law. 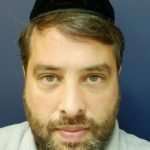 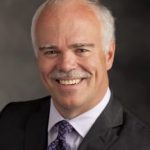