With over 20 years of experience in the Telecom Industry Leticia Latino van-Splunteren went from working for Merrill Lynch and Telecom Giant Nortel Networks to accepting the challenge of extending the legacy of establishing her family business in the US back in 2002.  Neptuno Group was originally founded by her father in 1972 in South America where they helped deploy some of the first Cellular Networks in the region and were they have built over 10,000 Towers.     Although Leticia founded Neptuno USA in 2002 she didn’t make it a Certified Women Owned Business (WBENC) until 2017.

Leticia Latino-van Splunteren is the CEO of Neptuno USA, an offspring of Neptuno Group, with  hands on experience in the Telecom, Broadcasting and Utilities industry. Neptuno Group, originally founded in 1972 by Leticia’s father, has helped deploy some of the first Cellular Networks in the America’s it has built over 10,000 Towers.     In 2002, after working for several years in Merrill Lynch and Nortel Networks, Leticia accepted the challenge of establishing presence in North America, and  founded NEPTUNO USA, CORP. Besides legacy services such as Engineering, Manufacturing and Installation of Towers and the Build-to-Suit of Telecom Sites, Neptuno now has several patents, developed an enterprise Grade Asset Tracking Software and uses a revolutionary 3D Tower Mapping that enables the creation of a Digital Library of the Network that is vital in Emergency Recovery Situations.

Leticia is a recipient of the 2018 Women in IoT award by ConnectedMagazine, and has been featured as one of the prominent women in Telecom by TowerXchange, the Wireless Industry Association (WIA) and AGL magazine. Besides, she also plays a role of an active member for the SmartCity Council TaskForce, the WIA City Networks Task Force and mentoring young women that want to start a career in Telecom for the National Association of Tower Erectors (NATE) and WIA.   Neptuno, was also a ﬁnalist in the 2019 WeInnovate! Program promoted by WBENC-Certiﬁed Women’s Business Enterprises (WBEs) to showcase their company’s expertise in areas of innovation that are critical to WBENC’s Corporate Members.   She was recently appointed by the FCC Chairman as a full member of the Business Development Advisory Committee (BDAC) and as the Chair of the Job Skills and Training Working Group.   She is invited regularly as Speaker or Panel Speaker in Industry Shows, including Connect X, 2017.

In addition, Leticia is a big advocate of nurturing “Human Connections” through her Back2Basics Podcast and through the #Time2Reconnect movement, which she created. 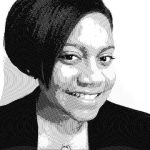