Chip Pickering has been CEO of INCOMPAS since January 2014. During that time, INCOMPAS has achieved significant growth with leading internet, backbone, business broadband, wireless, and international companies. Under his leadership, INCOMPAS has led numerous public policy campaigns promoting competition through an open internet and in the business broadband market.

Pickering was a six-term Congressman representing Mississippi’s Third District. During his time in the House, he served on the Energy & Commerce Committee, where he was vice chairman from 2002 to 2006 and a member of the Telecommunications Subcommittee.

He also was co-chairman and founder of the Congressional Wireless Caucus and an assistant minority whip of the House. Previously, Chip worked for Sen. Trent Lott (R-Miss.) and served as a staff member on the Senate Commerce Committee, where he helped shape the Telecommunications Act of 1996.

Because of his role in drafting the 1996 Act, he became well known as a Congressional leader on telecommunications issues.  While in Congress, Chip served as chair of the subcommittee overseeing the transition to the commercial internet, the establishment of domain names, registries, and internet governance. He also successfully led a bipartisan legislative effort to codify net neutrality principles through the House in 2006.

Prior to joining INCOMPAS, Chip was a partner with Capitol Resources LLC, a public affairs and government relations firm, where he represented an array of telecom clients, including wireless, cable and competitive broadband providers, as well as non-profits and companies specializing in education, energy, technology and defense. 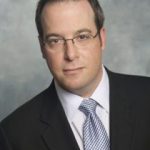 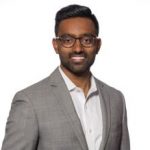