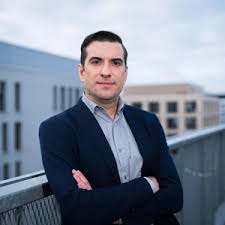 Back in 1995 when peering was young, a new internet exchange was founded in the German city of Frankfurt.  Today, DE-CIX has spread out to 20 global markets, connects more than 1900 networks, and exchanges more than 9 Terabits per second.  With us today to prep for Friday’s Anniversary Show is Chief Strategic & Corporate Development Officer Ivo Ivanov.

TR: When DE-CIX was born, what did it look like?  What was the initial infrastructure, and who was running it?

II: DE-CIX was founded 25 years ago in a little old post office in Frankfurt.  We had three ISPs connected, which began the story of DE-CIX.  Harald Summa, CEO of DE-CIX, was a consultant helping the German software industry develop.  At the time, EUNet, one of the very first ISPs in Germany, was a client.  They asked Harald to help set up a company selling ‘Internet.’  At the time, it was an academic network for email and other text-based protocols.  In 1995, there were fewer than a dozen ISPs exchanging data in Germany.  When looking at the routing and costs at that time, it was inefficient and expensive.  These ISPs realized it’s important for the development of the Internet to keep traffic local.  In 1995, three providers convened to launch DE-CIX.  At the time, there was the Electronic Commerce association (today ECO), and they needed someone to run DE-CIX, so they appointed Harald.  Individuals primarily drove it.  For instance, John Postel at the time had a hand-written diary of IP addresses.  If you knew him and had a relationship, he would consider interconnecting.  DE-CIX quickly evolved and grew from there.